Psygnosis kinda built a whole thing out of this.

As far as I know, there was only a handful of Alien-related games, and one independent series with authentic HR Giger artwork (Dark Seed) that were actually licensed. The rest were just heavily “inspired”.

Which is cool, no problem with that. Giger’s art has (strangely enough) become an iconic and highly recognizable subgenre of sci-fi, inspiring in it’s unreality via uncomfortably combining the unfamiliar and the intimate. Many games attempted to utilize this aesthetic in combination with replicating the claustrophobic feel of the movies. 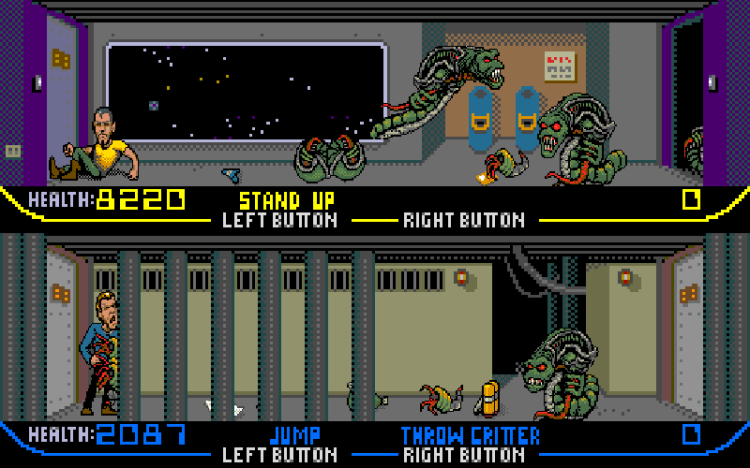 But occasionally the shoehorning of these hideous sex aliens into a video game just makes zero sense, no matter how you look at it. These are the games I will explore here 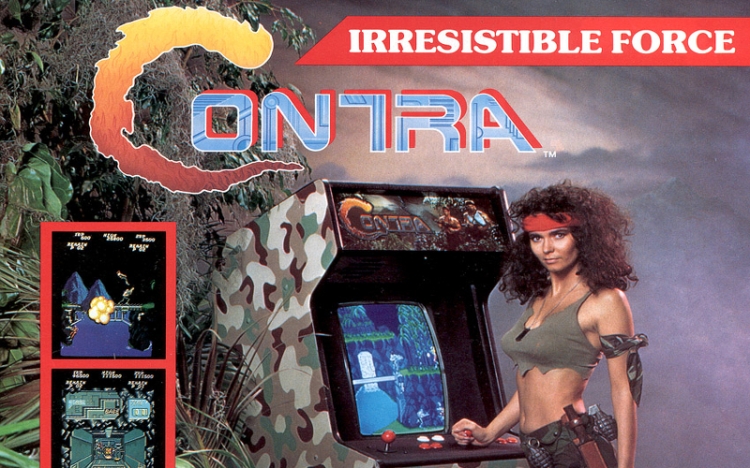 Considering the localized US title, based on a Reagan-era right-wing militia, I have always assumed these games took place in Middle or South America. Apparently they take place in New Zealand. Weird. I know in later games the biomechanical aliens become present much earlier, but in the first two games, you spend half of each game battling human soldiers in a fairly straightforward, if distinctly cybernetic, jungle shoot-em-up not unlike many Vietnam-era/Rambo-inspired games of the time. 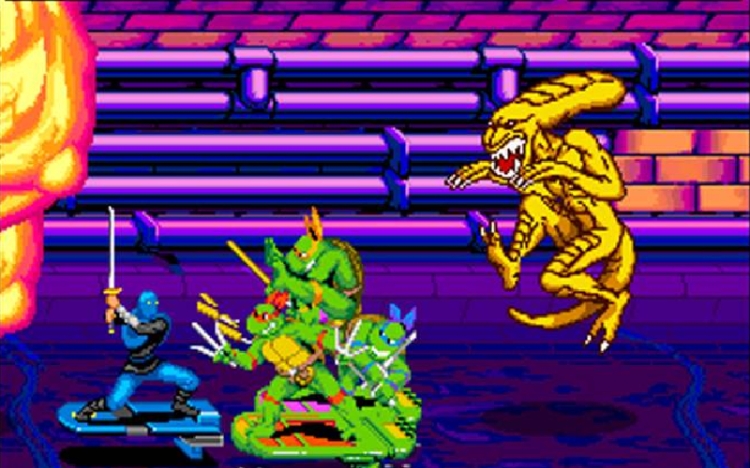 Turtles In Time is a weird-ass game. You fight through history on like pirate ships and cavemen, um, caves and whatever. But before you even get to the interdimensional time-travelling hijinks, you run into these distinctly xenomorph-looking creatures in a regular modern sewer. Looking into this further, it appears they are canonical to the cartoon series (appearing in the episode “The Case Of The Killer Pizzas“), but that makes their shameless ripoff seem even more egregious honestly. 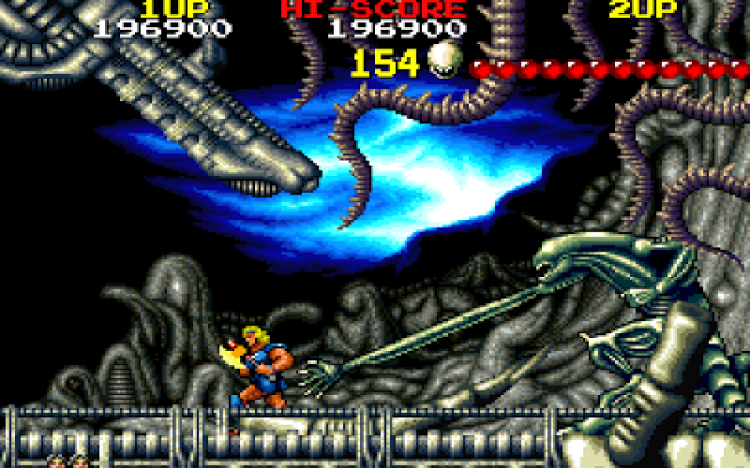 The Astyanax spends 90% of it’s gameplay as a gorgeous medieval fantasy game, starring a warrior with a (seemingly random) Greek mythology inspired name. You fight giant bugs and dragons and skeletons through caves and castles and then you wind up here. The last stage is this twisted alien sex-tentacle bondage dungeon with literally no explanation.

If you haven’t read it yet, you should check out the wild-ass backstory to the inspirations for the game Ecco The Dolphin. Drugs, sex, telempathy, dolphins… it’s completely bonkers. Still, nothing prepares you for the boss of this game. 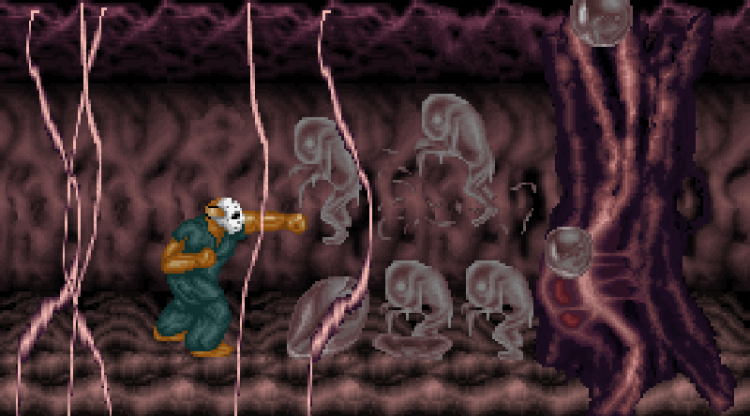 It was a difficult choice to decide the order of entries in this article, but honestly a stage where you punch your way through a haunted vagina was always the imagery I wanted to end this piece on. Splatterhouse is a pretty fucked up, intentionally gory and bizarre game. Most of it takes place in an expansive haunted house you fight through attempting to save your girlfriend. You find her, but she is possessed by horrible monster so you have to kill her. And then, this happens. Slippery embryos hatch around you and hop around and the whole stage just looks… sticky. And once you’ve made it through here, you are back in the house again. No explanation given for this whole “murdering your girlfriend and then climbing through her birth canal” thing. Kinda makes you wonder a bit about the designer honestly.